There were two very divergent reasons for me to leave a cushy corporate job as a Vice President – Human Resources as early as just 9 years into my professional career and jump into the tidal wave of the rapidly growing recruitment industry.

One, I was fascinated by the huge amount of revenue I managed to generate for this sector by simply changing my job; it seemed a trifle too easy. Secondly, as a Head of the hiring function for a few years, I had noticed the sheer lack of professionalism in the dealings with the typical recruitment agencies and I really wanted to change the way a typical “placement agency” functioned.

In fact, it’s amazing to know that the recruitment and staffing industry has such a huge spread and width that from a simple housewife to a global fortune 500 corporations happen to be in the same business. It’s a business that needs not much by virtue of qualifications, virtually zero investment, and a person can simply convert their household PC and home phone into a business proposition by efficient networking and usage of the net. This probably has become a double-edged sword and is perhaps a reason why recruitment agencies are taken quite lightly by many companies, unlike many other professionals like Chartered Accountants, Lawyers, Management Consultants etc.

In fact, it’s a sad state of affairs the way companies approach recruitments in India today.

Most companies have a knee jerk reaction to fulfilling any vacancy. Here are some scenarios that typically happen:-

I have through this article tried to share some of the experiences/challenges I have faced both as a part of an HR team in the corporate and as a part of the Recruitment industry in India. I sincerely hope that it helps readers identify situations in their own firms and address those issues wherever possible.

Challenges in Recruitments - NHRD Newsletter May08

This article was first published in May 2008 by NHRD Newsletter & later republished in Jan 2014 by People Matters Magazine. 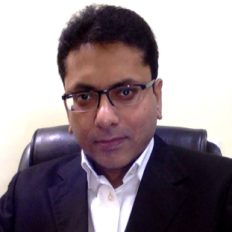 Shantanu holds a bachelor's degree in Economics and a master's degree in Business Administration. As the CEO of “The Recruiters”, Shantanu guides and executes the overall strategic vision of building the company as one of the leading firms in the areas of Executive Search, HR Consulting & HR Outsourcing in India. He has more than two decades of experience in Human Resources in companies spanning Manufacturing, Hospitality & ITES Sectors. He has strong experience in setting up HR departments and putting in place HR Processes and Systems. He has been a pioneer in using innovative recruitment practices in leading companies and has an immaculate understanding and execution prowess to deliver the goods.